During the month of March, the Museo Moderno will present works by the 340 women artists that are part of our collection. We will also think about the positioning of women and different gender identities in the visual arts field and in the cultural institutions of today. We will share data from our history, collection and our exhibition program in order to analyze the statistics that evidence the historical inequality of women’s participation in the arts as a consequence of the centuries of patriarchy that continue to mark our society. Under the current directorship, which began in 2013, the Museo Moderno has consistently invited women artists to participate in major retrospectives and solo projects of an artistic, educational or social nature. At the same time, the museum has grown its team during this period, and now has a senior and managerial staff made up mostly of women, while women account for 61% of the total staff.

During the seven years of the current directorship, the Education Department has organized more than 13,000 educational activities, including participatory visits, workshops with female guest artists, teacher training sessions and onsite activities with a wide range of professionals from different disciplines who take a comprehensive approach to the concept of art, education and health. Throughout its history, the education team has worked closely with more than 6,284 women who have been part of our programs.

The Museo Moderno’s public holdings consists of 7,637 total works; 4,162 belong to the Visual Arts Collection and 3,475 to the Design Collection; 1,334 are works by women. The Visual Arts Collection has 662 works produced by 340 women and 3,500 by 925 men. Between 2013 and 2020, 433 works entered the collection: 366 were donated, and 67 were acquisitions. The works donated were made by 19 women, 34 men and 4 artist collectives. The 67 acquired artworks were made by 18 women artists, 18 men and 1 artist collective.Our generous donors have contributed works by Inés Bancalari, María Causa, Diana Dowek, Karina El Azem, LaVogue, Liliana Maresca, Elisabeth Sánchez and Judi Werthein. Furthermore, many artists have donated their own works, such as Mercedes Azpilicu eta, Perla Benveniste, Fabiana Imola, Ides Kihlen and Silvana Lacarra, as well as Elba Bairon, Flavia Da Rin and Ana Gallardo, from whom the museum also acquired other works. Other acquisitions include pieces by Maresca and LaVogue, Gala Berger, Erica Bohm, Florencia and Sofía Bohtlingk, Elda Cerrato, Marina de Caro, Verónica Gómez, Carla Grunauer, Juliana Iriart, Fernanda Laguna, Marta Minujín and Sol Pipkin.

The work that opens the theme of this month’s online content is a piece by María Martorell (Salta, Argentina, 1909-2010). It is the first painting by a woman to enter the collection, in 1960. The artist had her first solo exhibition at the museum in 1990, titled María Martorell: De la figuración a la abstracción [María Martorell: From Figurative to Abstract]. She participated in 16 group exhibitions, among them La mujer en el arte [Women in Art] (1984).

The history of exhibitions at the Museo Moderno begins, emblematically, with La Primera Exposición Flotante de Cincuenta Pintores Argentinos [The First Floating Exhibition of Fifty Argentine Painters], which took place in 1956, on board the ship Yapeyú. Fifty-three artists participated in the exhibition, of which only five were women. Subsequently, between 1959 and 2009, the museum presented 925 exhibitions, of which 104 were solo exhibitions by women. The first solo exhibition dedicated to a woman was Elena Tarasido’s Grafismos [Graphics], which took place between June 29 and July 14, 1959. As was customary at the time, the exhibition was presented by the Museum at the Galería Velázquez.

Decades later, between 2013 and 2020, the Museo Moderno held 73 exhibitions, of which 20 were group exhibitions, 30 were of male artists and 23 were solo exhibitions and projects by women artists, including: historical retrospectives of Delia Cancela and Liliana Maresca; a cabinet exhibition of Mildred Burton; retrospectives of Marina de Caro, Ana Gallardo and Gachi Hasper; anthological exhibitions of Mercedes Azpilicueta, Flavia da Rin and Ad Minoliti; projects by Diana Aisenberg, Elba Bairon, Juliana Iriart, Catalina León, Luciana Lamothe and Karina Peisajovich; presentations by young artists like Clara Esborraz and Sol Pipkin; exhibitions of international artists like Laura Lima, Zanele Muholi and Tracey Rose; and the reconstruction of the legendary La Menesunda [Mayhem] installation by Marta Minujín and Rubén Santantonín. In the last two years, the Museo Moderno organized 16 temporary exhibitions, 8 of which were by women artists. Over the course of 2021, the museum will present a historical retrospective of Elda Cerrato, a project by the young artist Carla Grunauer, and three exhibitions in one, which will comprehensively showcase the works of Adriana Bustos, Claudia del Río and Mónica Millán.

During the month of March, the Museo Moderno will present works by the 340 women artists that are part of our collection. At the same time, we will think about the positioning of women and different gender identities in the visual arts field and in the cultural institutions of today.

UCHRONIA OF THE MALVINAS ANDRÉS AIZICOVICH 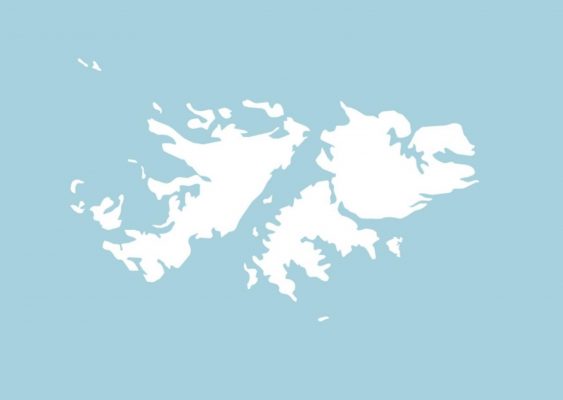 Oh Eduarda! Voice and body in an open conversation.

During the month of March, the Museo Moderno will present artworks and voices of women artists and artists of other gender identities. Today, we share a conversation between curator Laura Hakel, artist Mercedes Azpilicueta and playwright and actress Agustina Muñoz about the performance piece “Oh Eduarda!”, which they performed as part of the exhibition, Mercedes Azpilicueta: Cuerpos pájaros [Mercedes Azpilicueta: Bird Bodies], in 2018-2019.

In the conversation, the three women analyze the methodology followed during the preparation and execution of the performance, in which body and voice were the fundamental elements of exploration. They also reflect on collective and collaborative ways of working, on always being attentive to the processes and the rhythms of the participants.

Elda Cerrato by Cristina Schiavi
A glimpse into science, politics and art.

During the month of March, the Museo Moderno will present artworks and voices of women artists and artists of other gender identities. On the Day of Remembrance for Truth and Justice, we share Cristina Schiavi’s view of Elda Cerrato: El día maravilloso de los pueblos [Elda Cerrato: The People’s Wonderful Day]. It is an anthological exhibition that adds to the museum’s purpose of making visible and deepening reflections on the work of several Argentine women artists.

The testimonies, visions and readings that have proliferated alongside the Cerrato exhibition are signs of the importance of her artistic investigations and also provide the opportunity to update the discourse on her career. Forty-five years after the last coup d’état (March 24, 1976), we highlight her political commitment and social struggle, which manifests itself in her work as a whole, through the interaction between science, politics and art. 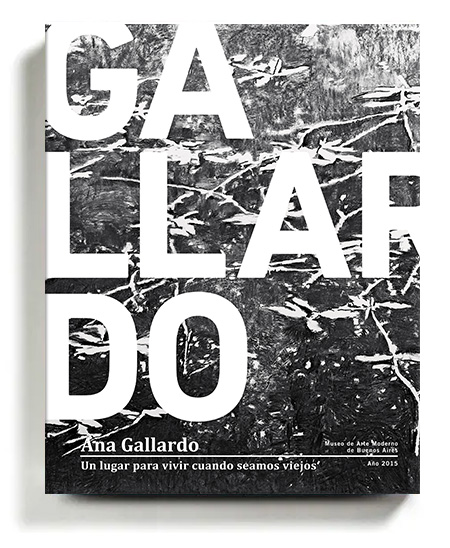 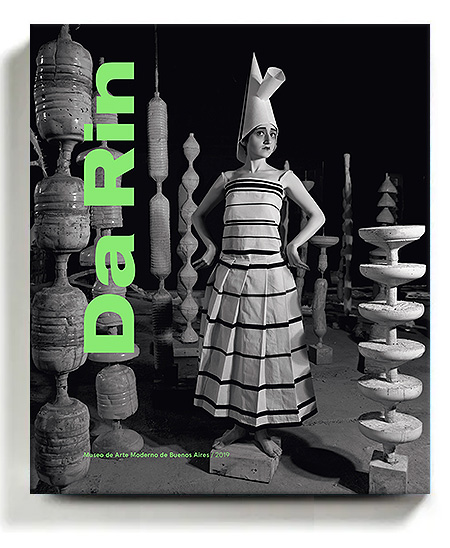 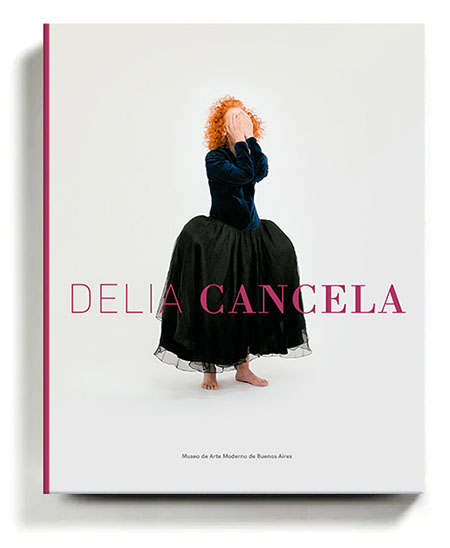 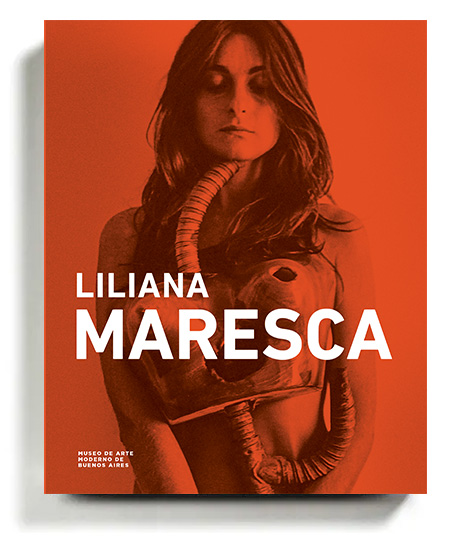 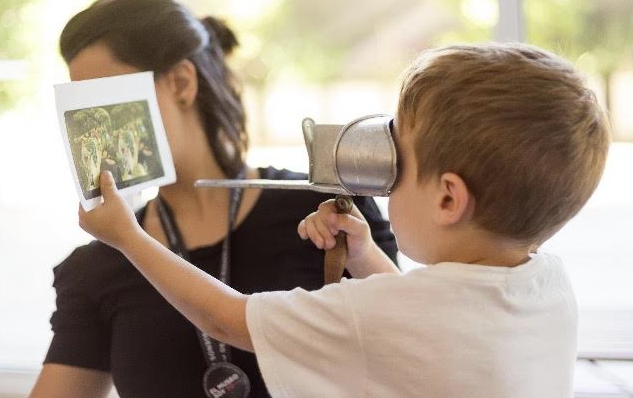 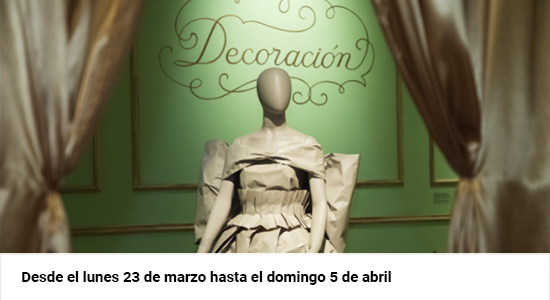 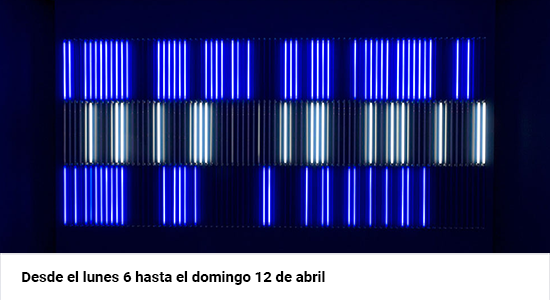 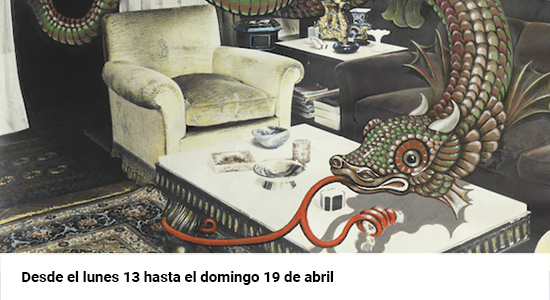