Like mythological beings returning to perform an ancient ritual, the characters that populate the bestiary Carla Grunauer (Tucumán, 1982) has assembled for this, her first solo exhibition at a museum, express the magical presence of archaic, half-human, half-animal gods, reincarnated in new modernist forms that give them a strange and suggestive luminosity.

After focusing her career on drawing and painting, Grunauer has produced unprecedented sculptural work, with pieces in which biological forms appear to recreate the life process of soft creatures in a constant trance and undergoing metamorphosis. Shown together with a series of paintings made with fibre on polyethylene canvas, from which skeletal or bony remains seem to emerge, the exhibition brings together a collection of work in which the fragmentation and organic transformation of the bodies constitute a powerful image of offering and sacrifice.

The presence of the sculptures and friezes give the space a solemn and religious character, which contrasts with the humour and liveliness of the works, imparted by their phosphorescent colour palette and the inclusion of unexpected objects, such as nests and shoe heels. The pantheon of creatures that inhabits the exhibition can surprise us, for instance, with an unexpected encounter between a giant foot, a squashed head and a contorting worm.

It is through this imagery that Grunauer expands an imaginary vision centred on the body and experimenting with its limits. Her interest in constant change and transformation is embodied in the fluid characteristics of the forms, which are accentuated by the watery tone of the pieces. Between the nest, the caterpillar and the skeleton, Grunauer’s works capture the continuous and multiform character of life and its incessant changes. 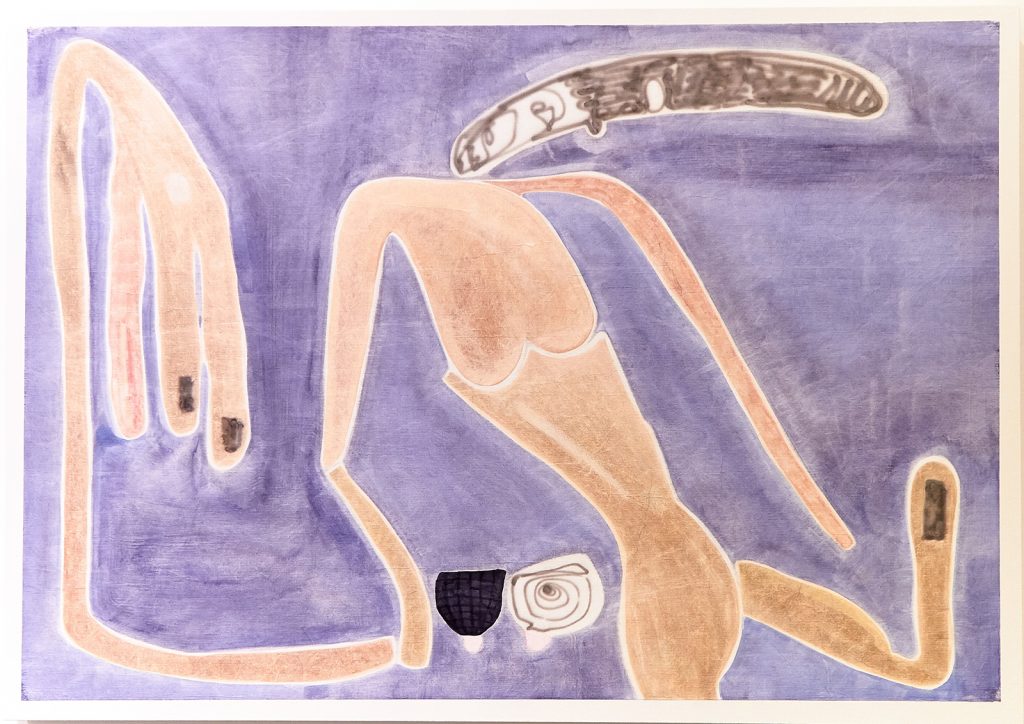 Cotelito: I Return Like a Garden After the Winter

Life in the Abstract

One Day on Earth