We are proud to announce the reopening of the Library of the Museo de Arte Moderno. We want to share with you our enthusiasm to be able to meet once again in this space of learning, participation and exchange. As of 26 August, you will be able to visit us at our new location, the second basement of the museum. We are open on Mondays, Wednesdays, Thursdays and Fridays from 11:00 am to 7:00 pm.

Those interested in consulting library and/or archive materials are kindly requested to make an appointment at least 48 hours in advance by e-mail [email protected] or by calling 4361-6919 ext. 2140.

We look forward to seeing you!

Due to the COVID-19 health emergency, some services may be subject to change. If you have any queries, please do not hesitate to contact us.

The Library of the Museo de Arte Moderno has specific rules for consultations. Users wishing to access library and/or archive material in-person must:

In order to ensure access to information and preserve of our collections, materials may only be consulted in the reading room. Materials shall not be lent out for home use.

You can download and read the full text of our regulations by clicking here. 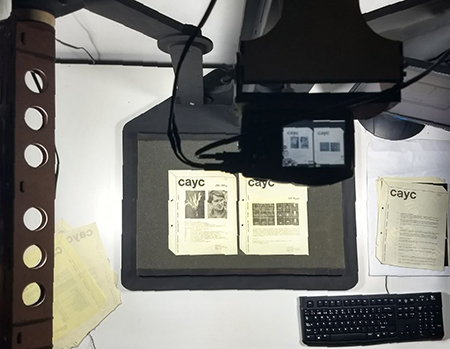 THE LIBRARY AND DOCUMENTATION CENTRE AT THE MUSEO DE ARTE MODERNO

The Library of the Museo de Arte Moderno de Buenos Aires was created in the sixties, shortly after the Museo was founded. Its mission is to collect, preserve, organize and promote the bibliographic and documental heritage of the visual arts in the 20th and 21st centuries. It has over 7000 volumes including library material and exhibition catalogues. It also possesses all the publications brought out by the Museo from its founding to the present day.

The periodicals collection is made up of 125 titles and over 1900 copies of specialized Argentine and overseas art publications. In 2018, the catalogue will be published online. Notable publications in this collection include: Ver y estimar, Arte Madí, Perceptismo, Arte nuevo, and Boa.

It is one of the most important libraries in its field in the country. Access is public and free and its collections can be consulted by anyone who needs them, be they researchers, students or the general public.

Under the current administration, the Library and Documentation Centre have begun the process of digitizing the bibliographic catalogue, which is currently available online to facilitate searches and users’ access to information. In addition, the ‘Documentos de Arte Moderno’ project has begun. This involves the classification and description of the different documentary sources of the archive, the implementation of a set of measures for the preventative conservation and digitization of documents and the upload of the resulting files to an internet platform so they can be consulted by the general public. This project is part of a wider initiative involving the Patrimony and Library departments whose ultimate goal is to make available and cross-reference the documentary sources with the artworks in the Museo collection. 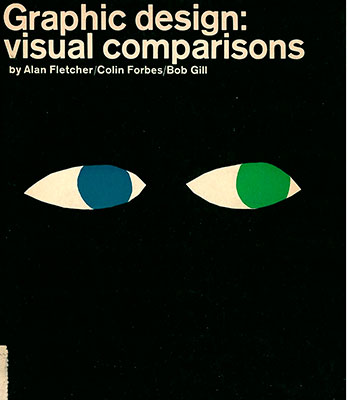 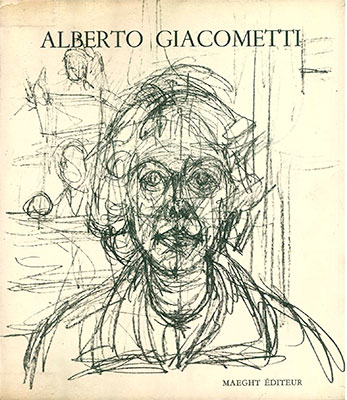 FRAGMENTS FROM THE MODERNO’S LIBRARY

The Moderno’s exhibition, Una llamarada pertinaz [An Unrelenting Flame], allowed us to indulge our temptation to display the documentary materials stored in the Library’s filing cabinets, envelopes and boxes. There were small bits of paper, old photographs, handwritten letters, drafts, typescripts, ephemeral brochures, artists’ publications, memos, estimates. While accumulation and oblivion may be the distinctive features of an archive, the Library – in addition to creating an inventory and preserving materials – looks for ways to activate its contents.

These fragments, which will be added to without following any particular chronology, are focused on the same time frame as the exhibition and create a dialogue with the selection of works from the collection, making references to activities that the museum programmed in decades past. From the galleries to the archives and vice versa, the relationship between object and document serves almost like a mirror that multiplies rather than simply reflecting the journey.

In this way, through this exercise of activating our holdings, we want to make the Moderno’s documents available for public consultation in order to encourage new interpretations and readings of the historiography of Argentine art and the path its institutions have taken.

The library is supported by 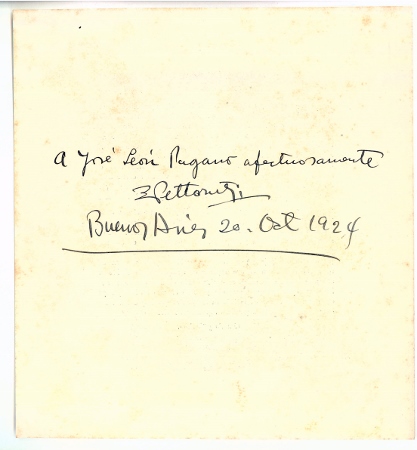 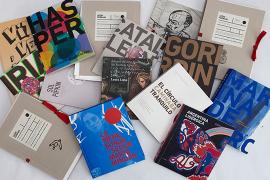 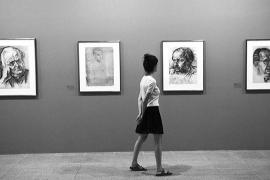 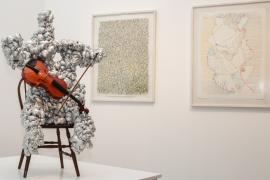 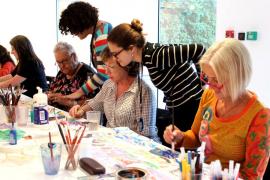