Works of art open the doors to new worlds and allow us to build bridges to other disciplines and other stories. In our series, Lecturas Fantásticas [Wonderful Readings], Jimena Tello and Silvia Sirkis, both of whom work in children’s and young adult literature, recommend their favorite books to read this week as we reflect on the relationship between museums, works and artists.

Un museo sobre mí [The Museum of Me], by Emma Lewis, published by Arte a Babor

A little girl tells us her observations and discoveries as she travels through various museums and collections. Her curious gaze allows her to reflect on the objects around her. The idea of a museum as a collection that tells a story gives it a different perspective from other books. The illustrations are also very original in their technique and perspectives, and invite us to explore their details. This book is the recipient of one of the most prestigious children’s book awards, the Bologna Award.

El punto [The Dot], by Peter Reynolds, published by RBA

A classic that has been circulating for years without ever going out of print. It is about creation, from the perspective of a child who does not have the confidence to begin a work of art. The journey of the character is not all that different from that of artists, who may later become renowned, but whose path is not always linear nor safe.

Children age 12 and up

This graphic novel focuses on part of Vincent van Gogh’s life and work. It is not a sugar-coated tale; the author traces the period beginning with van Gogh’s move to the south of France, which is full of color but also suffering. The illustrations are excellent and add so much to the story they tell.

We recommend this book for young people age 15 and up. It is the result of a program the author made for the BBC, which was a fantastic journey into the world of art and culture. “Sight comes before words” is the opening sentence of this book that will change the perception of many curious young people. 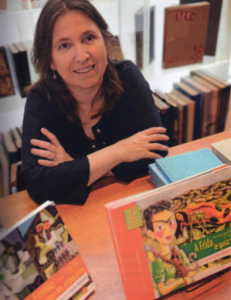 Silvia Sirkis (@silvia_sirk). Born in Resistencia (1960) Silvia began her university studies in Brazil, where she lived for some years. She received her degree in architecture from the UBA in 1985. For many years, she worked in the field of graphic design, which is the subject of her first book, Diseño impreso. She is passionate about the study of Argentina’s cultural heritage and is particularly interested in transmitting it to children and building their relationship with heritage. In 2008, she founded Editorial Arte a Babor, which won an incubator award, IncuBA, from the City of Buenos Aires. She continues to direct the publishing house. She is also the author of several books, some of which have been translated into Portuguese.

In this graphic novel, María Luque presents painter Cándido López’s experience during the Paraguayan War. Despite losing his right hand, Cándido was able to train himself to paint the sketches he had made about the war using his left hand. Some of these paintings can be seen today at the Museo Nacional de Bellas Artes. 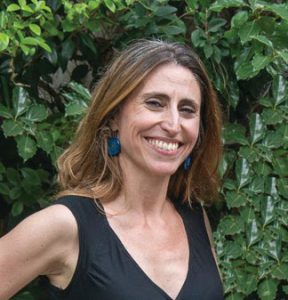 Jimena Tello (@jimena.t) is an illustrator and teacher. She was trained in France, where she lived for 20 years. She has published her books in Argentina, France, Mexico, Korea, Poland, China, United Arab Emirates and Spain. Her book Mamá al galope [Mum at Full Gallop] was the 2018 Venezuelan Book Bank Selection and one of the 20 winners of the Fundación Cuatrogatos 2018 Award. In 2016 she launched her own illustration workshop (Taller Dos Meninas) with her partner, illustrator Gabriela Burin.