Seams. The Common Threads between Art, Fashion and Identity

THE COMMON THREADS BETWEEN ART, FASHION AND IDENTITY

Delia Cancela (Buenos Aires, 1940) studied fine art and is a member of the Instituto Di Tella’s 60s generation. In 1964 she began to work in collaboration with her partner Pablo Mesejeán (Buenos Aires 1937 – Paris 1986), with whom she took part in numerous exhibitions in Argentina and overseas. In 1969, they moved to New York and in 1970 to London (where they immediately earned recognition from the European fashion world and began publishing works in prestigious publications such as Vogue, Harper’s Bazaar and Queen). In the 80s, Delia went back to working on her own and held exhibitions at the Centro de Arte y Comunicación in Buenos Aires and different galleries in Paris, Europe and Asia. More recently, she took part in the exhibitions The World Goes Pop at the TATE Modern (2015) and Radical Women: Latin American Art, 1960-1985 (2017) at the Hammer Museum in Los Angeles. In 2018 she won a National Award for her Artistic Career and the Museo de Arte Moderno held the retrospective exhibition Delia Cancela: Queen of Hearts (1962-2018). She lives in Buenos Aires and Paris.

The relationship between how we dress, what we see and who we are has always been of crucial importance to culture and society. The link between fashion and art is a complex and productive one and today is very different to other periods in western history. Clothing can offer somewhere for us to begin in our multifaceted consideration of taste and identity. Over the next few weeks, we shall be introducing several artists who help us to reflect on the vast universe of ties and cross-overs between fashion and art: design, the body, uniform, costumes, fabrics, perceptions and appropriations of techniques. Within these relationships – and their social impact – we shall explore related notions of sustainability and functionality.

We will be sharing content available to all that identifies Argentine art from the 60s linked to the Instituto Di Tella as an essential point of reference. Artists such as Dalila Puzzovio, Delia Cancela and Eduardo Costa incorporated poetics and tools from the worlds of design and fashion as well as the language of mass media and advertising to express their avant garde visions and youth culture. They have featured in the Museo’s programme in the past and formed part of a generation that made the artist into a popfigure whose work included their behaviour and expressed tastes, fantasies, ideals and aspirations. In collaboration with the Museo del Traje (Museum of Clothing) we shall present a re-imagining of a work by the creator Mary Tapia, from Tucuman, who presented Pachamama prêt-a-porter at the Di Tella in 1967, her ‘criollo glam’ fusing international fashion trends with traditional textiles from the north of Argentina. Continuing with that theme we shall explore different textile traditions from across the country which are today subject to interdisciplinary research studies seeking to recover an ancestral technical and poetic heritage. We will thus present a wonderful project by the Museo Móvil de la Randa de Tucumán, in which the value of a community environment is emphasized as a space of identity and work as well as a venue in which to forge new and contemporary meanings.

The relationship between art and fashion has also paved the way for the conception of new bodies and non-traditional subjectivities. The shift here is as much about raising visibility and celebrating diversity as transformation and fantasy. Artists make use of traditions and materials linked to clothing to push back/do away with the limits of the imagination as well as work by contemporary artists such as Chiachio & Giannone and Ariadna Pastorini and the designers Jessica Trosman and Martín Churba.

And so through many different artists and researchers, to whom we are deeply grateful, the Moderno examines the vast and complex relationship between art, fashion and identity, presenting expressions ranging from the 60s to the present day, while also researching ancestral textile traditions in order to conceive of new ways to experiment with and imagine the social corpus.

Networks of Memory is a project run by the singer and anthropologist Silvia Barrios and the researcher and fashion producer Gloria Solange Paredes. In this conversation, the researchers talk about their work collecting, researching and producing chaguar textiles. They also reflect on the symbolic universe of which these textiles form a part, the threats it faces and the survival of the communities who keep the tradition alive, passing it down from mother to daughter.

This homage was organized by the Museo de la Historia del Traje (The Museum f the History of Clothing) for #MuseoModernoEnCasa to celebrate this iconic designer. Mary Tapia audaciously took Latin American roots to the catwalks of Europe in the 1970s while also raising their profile at home. Her collections feature ponchos, bolsones, matacos, rastras, embroidered wool blankets, old aguayos, picotes, chaguas and handmade textiles mixed with lace and crochet from Asia and Europe. She created her own local, autonomous atemporal aesthetic, an exquisite melange based around Latin textiles especially those made by indigenous families in the north of Argentina.

In 1997, Jessica Trosman and Martín Churba created ‘trosmanchurba’, a fashion brand whose collections featured experimentation with design and the creation of textiles. In 2001, they held a show at the Museo de Arte Moderno on the invitation of the Asociación de Amigos, as part of the ‘Art is in fashion’ cycle, which paid homage to the master Kenneth Kemble. In 2002 they each went their own way. Almost twenty years later, Trosman and Churba reunite in a conversation in which they reflect on and discuss their relationship with the visual arts.

The Museo de Arte Moderno de Buenos Aires pays a visit to the Museo Móvil de la Randa (Randa Mobile Museum), a nomadic project whose goal is to promote cultural heritage of the textile art of the Randa in El Cercado, Tucumán. Its protagonists, the Randeras, invite us on a guided tour of the project, sharing the history of the textile, a type of crochet originally from Spain that has been passed down through the generations from great-grandmothers to grandmothers, mothers, sisters, neighbours and friends.

Dalila Doble Plataforma [Double Platform Dalila] (1967) is an artwork by Dalila Puzzovio that won the 2nd Instituto Di Tella International Prize and became an iconic symbol of the crossovers between art and fashion. In addition to featuring at the ITDT as a work of art, the piece was also placed on display in the window of a famous shoe chain in Buenos Aires. Throughout her career, Puzzovio has mixed artistic practice with design without making any distinction between the two. Dalila has worked in fashion, designed costumes for film and theatre, as a brand developer, as a graphic designer and even in architecture and interior design. Together with Charlie Squirru, she formed one of the most creative partnerships of the Di Tella’s 60s generation and her archive is mostly held at the IDA Foundation.

Ariadna Pastorini began her career in the 90s with exhibitions at which she presented strange soft sculptures – humanoid figures made in fabric – occupying domestic spaces. Since then, her work has included an evolving fantasy about the potential of the body, its limitations and power, through the playful and emotional manipulation of textiles. In this video, Pastorini presents one of her latest pieces: a performance she made at home during the quarantine in which she explores her intense relationship with clothing and the body.

The full video of the performance can be seen at:

I Am a Tiger Costume Cecilia Szalkowicz

In 2019, as part of an exhibition by Cecilia Szalkowicz curated by Lara Marmor, Ariel Authier and Bruno Dubner at the photography gallery of the Teatro San Martín, the artist produced this runway show. I Am a Tiger Costume presented an original exhibition format in which walls and display furniture were done away with in favour of a theatre of objects, choreography, runway show and photography, thus updating the historic relationship between art and fashion.

In 2019, Chiachio & Giannone were invited by their great friend Delia Cancela to take part in a fashion show held at the Museo Moderno as part of the exhibition Delia Cancela: Queen of Hearts. For it, they created two costumes: Chola Cholita and Guaranita, which combined references to outfits worn by members of the Bolivian community who had taken part in pride marches with an homage to modernist women artists. Although Chiachio & Giannone have been working with textiles for over two decades, it was the first time they’d ever created an outfit that would actually be worn. During this conversation, the artists tell us about their working process for their pieces, their references, how these outfits relate to the rest of their oeuvre and their commitment to raising awareness of anti-normative subjectivities.

Since the mid-60s, Eduardo Costa has worked on projects in which the systems of fashion and consumption are placed in conflict with the languages of poetry, fiction and art. In 1969, in New York, he organized the first Fashion Show Poetry Event together with Hannah Weiner and John Perreault, a show featuring outfits designed by Andy Warhol, Claes Oldenburg, Marisol Escobar, James Lee Byers, and several more. In 2014, as part of the retrospective exhibition held by the Museo de Arte Moderno, Eduardo Costa organized a second Fashion Show Poetry Event. Costa wrote a prose poem for each of the pieces designed by guest artists, who included Diego Bianchi, Marcos Bonisson, Xil Buffone, Ariel Cusnir, Marina de Caro, Raúl Escari, Gabriela Forcadell, Raimundas Malaŝauskas, Mónica Millán, Teresa Pereda, John Perreault, Alfredo Prior, Mariela Scafati, Mandla Reuter, João Simões, Alexandre Estrella and Clara Tomasini. Costa’s texts were read out by Jimena Ferreiro. The result was a vague but liberating combination of a fashion show and a poetry recital encouraging us to read what we wear in literary, emotional and fictional terms.

To Delia Cancela, art is a way of life, the medium through which she has constructed her avant garde identity. Early on in her career, she pushed the boundaries of art, design and fashion, integrating different materials and methods with great creative zeal as she evoked her passions, fears and fantasies. In 1966, she and Pablo Mesejeán presented the manifesto ‘Nosotros amamos’ [We Love], a list of things, gestures and people they loved. They made this hedonistic, self-celebratory gesture the framework for their practice in the tradition of modernist art manifestos. On this occasion Delia has updated her manifesto and shares the thinking behind it. 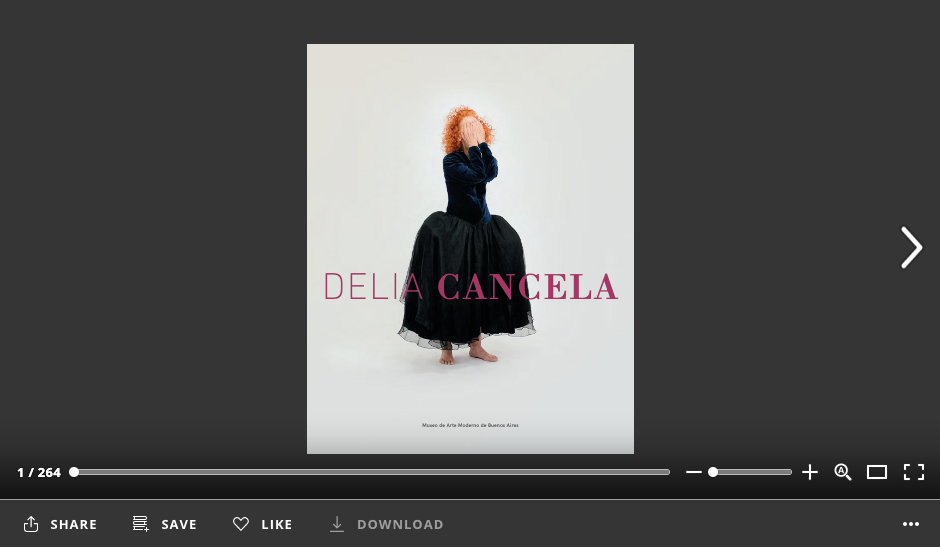 Starting today, the publication made by the Modern Museum will be available online in 2018 to accompany the great retrospective exhibition Delia Cancela: Reina de hearts 1962-2018. The book brings together images that record the trajectory of one of the Argentine artists who are referents in the art and design of the twentieth century. Includes a complete chronology, the curatorial text of Carla Barbero, essays by invited authors (Javier Arroyuelo and Leticia Obeid) and a conversation between Delia Cancela herself and Fernando García.

Challenge: create your own hairdo

The Department of Education invites you to create your own hairdo. Use whatever medium you like best: collage, watercolour, pencils, markers, etc. and upload it to your networks with the Museo hashtag so we can share it with everyone.

We invite you to create your own fashion mannequin. The visual artist Endi Ruiz reveals his creative process for creating digital characters. For children and adults. 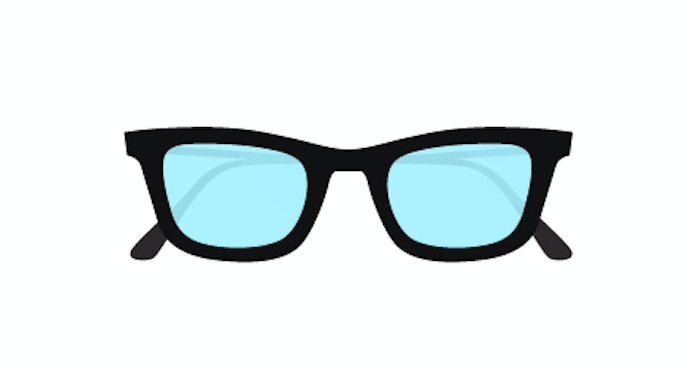 Modern in motion: Reflections in the ESI key - Youth and adults 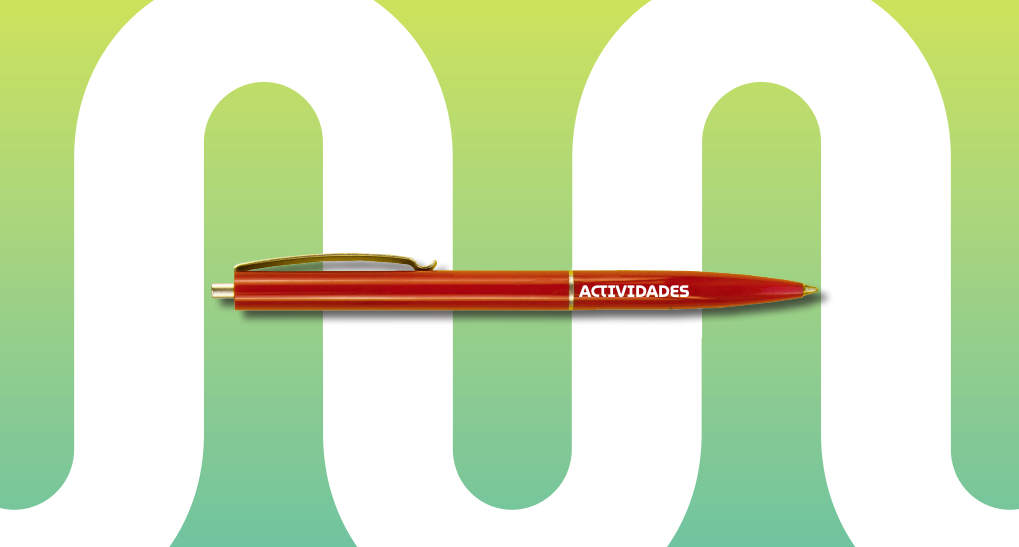