This month I will open this space dedicated to children and books with a tribute to all the women who work in the publishing world, my women colleagues who are making books as we wage battles and celebrate when we can.

I chose to invite three visual artists, all illustrators of children’s books. I closed my eyes and these three women appeared in my thoughts, but when I opened them again, I could think of at least thirty other women artists, all of them wonderful. Although it was so difficult to choose just three, I present here the artists that came to me in a blink of an eye: Maria Verónica Ramírez, Pilar Centeno and Eugenia Nobati. I asked them all the same questions.

Let’s see how they answered…

1- “It is difficult to remember the first thing I wanted to draw because I have always drawn. When I was a child, I wanted to be a painter, a Romantic, Renaissance or Impressionist painter. I think those were times when I would have liked to have been born…

I always had a strong desire to express myself and my ideas, to draw my own things, myself, the world and to represent my view of it. Now I have the enormous privilege of doing so, particularly with Monstriña, the character [in my series of books].”

2- “I am very selective about the works I take on when it comes to illustrating other people’s things. I only [illustrate] things that I deeply identify with. I wouldn’t do anything that, consciously, could hurt someone.” 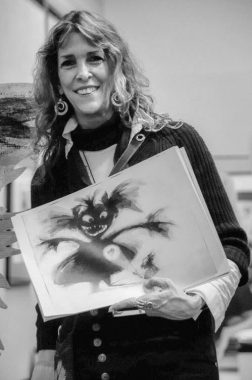 1- “I remember that the first thing I tried to draw with determination were faces, eyes, in particular. I love to draw eyes, or rather, I love to draw ways of looking. I often involve the viewer in this game, directing that gaze towards them. Another thing that has always captivated me and helped me a lot when narrating through images is to draw characters that are “submerged” in their habitat, to show that strong connection we have with the spaces and objects we inhabit and that inhabit us.”

2- “My limits when illustrating have more to do with ideas than with themes. Although some captivate me more than others, there are no subjects that I cannot illustrate. But there are ideas that I could not express in a commissioned illustration: ideas about life that go completely against who I am, what I think or feel, my principles or my way of seeing the world.  I could not represent an idea that I reject or that I find harmful in some way.” 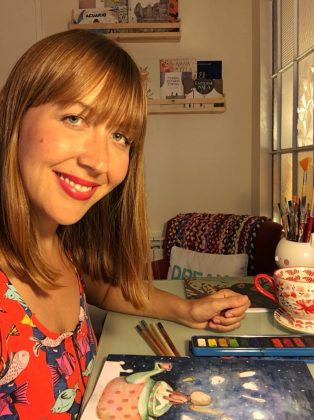 1- “I can’t remember exactly what was the first thing I wanted to draw, I suppose that’s because it is something that is mixed in with who I’ve always been. However, as a teenager, I began to understand that drawing was part of me, and the ongoing theme [in my work] was the human figure and, in fact, everything living, but particularly bodies. In that, I am not original.

For me, it was and is a great pleasure to shape a living being using the marks of a pencil. I always liked to interweave shapes, probably because they become more organic.

2- “Obviously, I would never draw any racist or sectarian themes of any kind, nor anything that denies what reason and science have empirically proven, because I think that would be collaborating with a very dangerous return to obscurantism.

Turning to less dramatic issues, I tend to reject moralizing or sobering subjects. Sometimes the dividing line is very subtle, but, when working on children’s books, I especially prefer to avoid things that are intended to be used for indoctrination.

I recently received an offer to illustrate a “clothed” version of an African folktale – in the original, the characters wore no clothes. I politely declined the request because I felt that it went against something of the spirit of the original and embedded a message of concealing the body that I consider harmful.” 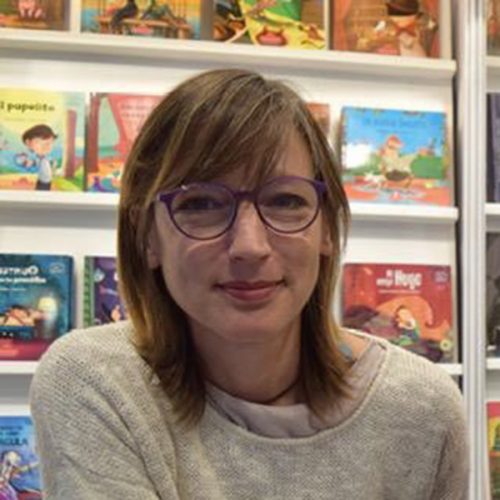 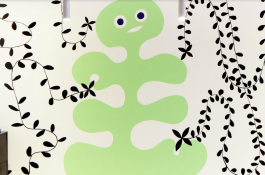 Cotelito: I Return Like a Garden After the Winter 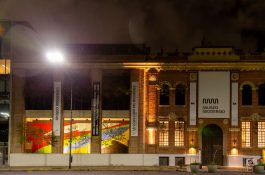 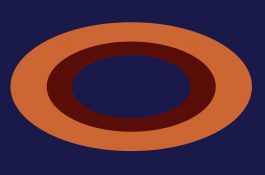 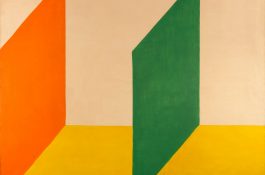 Life in the Abstract