Along the way. Research Methods in Contemporary Art

THE JOURNEY OF IMAGES

Two great art historians have a friendly conversation about their archives and research, offering us a glimpse of how they go about their work. Recorded especially for the Museo de Arte Moderno de Buenos Aires during the quarantine, Gabriela Siracusano and José Emilio Burucúa share their passion for art and learning. 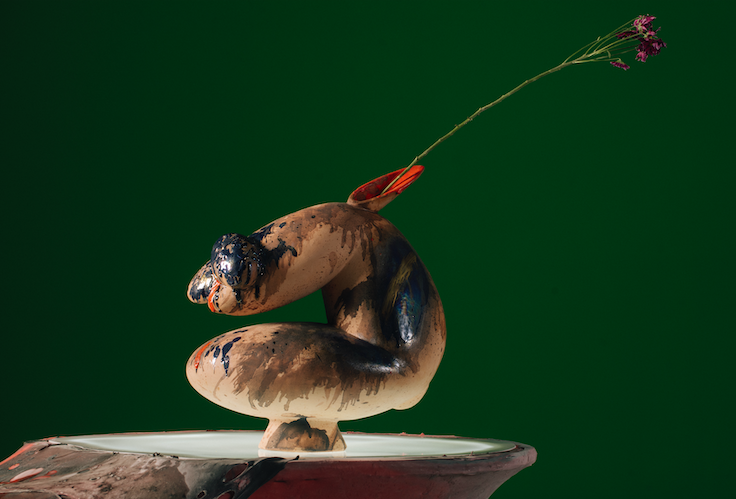 Increasingly estranged from the traditional creation myth of a genius standing
alone at their easel, contemporary artists are opening their studios to let in the
world around them: the noise and hurly-burly of the city, the materiality of
everyday objects, methodologies from different disciplines and media images
are just some of the stimuli that one might name. Their ongoing quest to create
new images, objects and actions that interact effectively with an ever-changing
world requires new working materials and processes capable of transforming
art and society.

The processes developed by artists operate within vast, complex horizons.
Their working methods no longer subscribe to territorial or temporal boundaries
while their strategies depict a permeable world where surprise and the
unexpected are commonplace. Artworks are thus presented as the result of a
complex combination of collected influences, desires and discoveries that tell
of familiar worlds and far off visions and we have invited art historians and
artists to tell us about their research processes, creative strategies and projects.

the long history of images, wandering down the twisting paths of art into different
spaces and times. Animals, religions, civilizations and much more appear in the
visual references that inspire their thoughts about the power of art in our time.

The artwork of Nicanor Aráoz – whose exhibition was scheduled to open on
4 April before it was delayed by the quarantine – draws on neo-Baroque poetry,
the aesthetics of house and techno music, the extraordinarily varied visual
universe of the internet and the history of crime, among other themes. All these
influences come together in painstaking projects that explore the specific
materiality of each of these universes and combine them in a surreal montage.
This kind of material and conceptual experimentation is also key to the work of
Lucrecia Lionti, who seeks to stitch together possible connections between
words and textiles.

Other artists focus on history: its stories, concepts and problems. The oeuvres
of Agustina Triquell, Martín Legón and the duo of Guillermo Faivovich and
Nicolás Goldberg all share an interest in detailed, almost scientific research.
Triquell delves into corners of Argentine history that have been left out of the
official narrative. Her pieces, both photographic and editorial, depict how these
lateral tales germinated and grew to leave their mark on the present. Martín
Legón, meanwhile, makes use of a vast set of literary and academic texts to
connect different concepts from the histories of Argentine art and politics and
reflect on the role of artists. Faivovich and Goldberg’s research work into the
different meteorites that have fallen within the borders of Argentina proves the
starting point for the development of ‘institutional engineering’: transporting and
exhibiting these objects from outer space so as to call attention to the territory,
mobilize the material and intellectual resources of scientific and artistic
communities and provincial and national governments and even influence
legislation. The poetic act of moving extraterrestrial rocks lays bare the
bureaucratic tensions that lie beneath the concept of ‘heritage’.

In all these cases, although each artwork is the result of the individual decisions
of artists, the journey to the finished piece is paved with collaboration. This can
also be seen in Marina de Caro’s El universo es un hilo (The Universe is
a Thread). On this occasion the artist sought to make an experimental opera
based on one of her poems that she then sent to other artists (actors, singers,
musicians, directors and other visual artists) to interpret and develop. Under her
guidance but working autonomously from within their worlds, each contributed
to the growth of the artwork. The sources of inspiration of each contributor and
their poetic acts became the primary working materials used. Their joint creation
consolidates images and interpersonal bonds: a strategy to bring about both an
artwork and the cooperative society that we envisage for ourselves.

The exhibition by Sergio De Loof: Have You Heard of Me? was Sergio De Loof’s response to the Museo Moderno’s invitation
to celebrate his influence and legacy. Opened in November 2019, this is the first anthology exhibition of the artist’s work, featuring
outfits, creations, films and videos made from the mid-eighties to the present day across nine large installations in which
De Loof conceived of new ways of arranging those materials.
The result was a monumental work that included palatial hallways, plays, a carnival and a shop. Throughout the day we invite
you to learn more about how the exhibition came together.

Sergio De Loof: Have You Heard of Me? The Documentary

Sergio De Loof: Have You Heard of Me? is conceived as De Loof’s last great artwork, highlighting the creativity and limitless elegance of a prolific artist who influenced several generations with a series of aesthetic concepts as powerful as they were complex.

An artist, interior decorator, designer and creator of ‘beautiful fashion for the poor and ugly’, Sergio De Loof was also an icon of the art scene and Buenos Aires night life. For each of his projects, he built up ephemeral communities that included people from different backgrounds with a range of identities and talents. De Loof saw no difference between art and life, taking part in his projects meant sharing and observing an incredible personality whose behaviour always verged on performance. Just over a hundred days after his passing, the Museo Moderno has collected a set of accounts and anecdotes from people who knew Sergio De Loof. The videos were sent in the aftermath of Sergio’s death and some were published on the Museo’s social networks. Here, we’ve brought them together to build a mosaic that reveals the full complexity and range of De Loof’s work and character.

The artist Nicanor Aráoz created this overview of the interests, techniques and research processes that make up his work especially for the Museo de Arte Moderno de Buenos Aires. Manga, povera art, the history of crime and violence, electronic music and Neo-Baroque poetry are just some of the massive range of stimuli that interest the artist as part of a working process he describes as ‘floating attention’, a Freudian approach taken by analysts when listening to their patients: with no priority given to any one material over any other and free associating from what they hear.

o talk about his creative and research processes, Martín Legón organizes a small systemic essay in which he builds up a framework of anthropology, poetry and sociology of the media. He often deliberately varies the medium of his work so as to get closer to the critical statements made by conceptualism regarding language. In recent years, his interest has focussed on the production of images and their extrinsic value as social and contemporary objects. 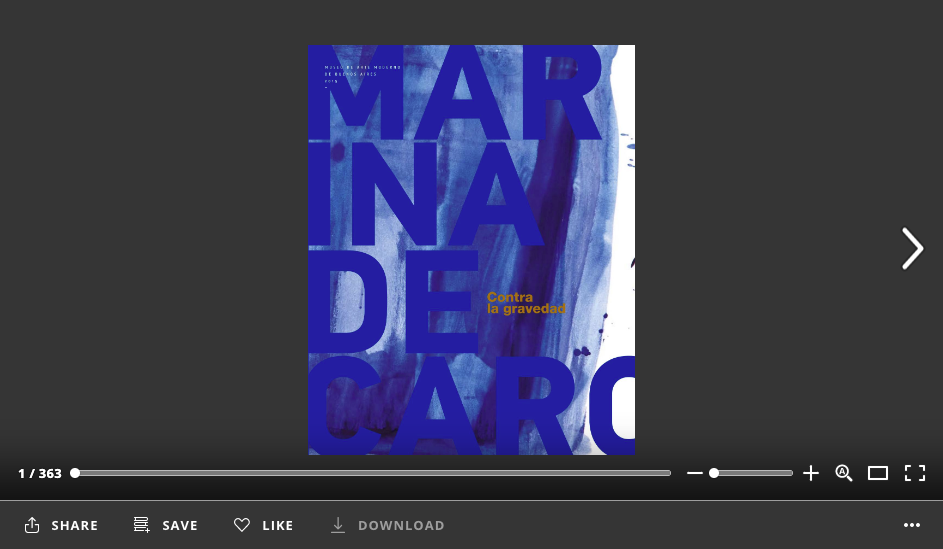 The Marina De Caro publication is available online: Against gravity, record of the first great anthological exhibition of the artist that took place at the Museum of Modern Art, in 2015.

It contains an extensive visual tour of a wide range of works, accompanied by texts by Victoria Noorthoorn and Javier Villa.

Marina De Caro on The Universe on a Thread

In this video, Marina De Caro explains the process of creation (and, most importantly, discovery) involved in the experimental artwork The Universe on a Thread. Inspired by opera, the piece grew through dialogue and collaboration with other artists, beginning with the reading of a visual poem that gave rise to the use of the body as a sounding board and went on to include image, sound, music and movement, eventually finding a resolution in the poetic power that arises from the energizing of bodies inspired by collective ideas, expertise and imagination. The Universe on a Thread was released in August 2017 at the TACEC (Centre of Experimentation and Creation of the Teatro Argentino de La Plata).

The poetic acts of Agustina Triquell tie the social sciences together with the arts (especially photography, video and editorial production). In this video she shares the production processes of some of her works, projects conceived as series that link history, memory and politics through specific, slightly marginal events in which both social and aesthetic agendas combine.

Since 2006, Guillermo Faivovich (Buenos Aires, 1977) and Nicolás Goldberg (Paris, 1978) have been working on an intensive, wide-ranging research project, Una guía a Campo del Cielo (A Guide to Campo del Cielo), the basis of their practice. In Campo del Cielo, in northern Argentina, a meteorite shower fell approximately 4000 years ago. Faivovich & Goldberg combine the roles of scientist, historian, anthropologist and even bureaucrat during projects that offer new ways of seeing and experiencing the earthly consequences of a cosmic event that occurred thousands of years ago, sharing reflections on their historic and cultural importance. For over a decade, the duo have produced a diverse range of work exhaustively exploring the specific nature of a unique event and bringing up very resonant themes: the dynamic between an object and how it is documented and the complexities inherent to institutional histories, and personal, cultural and national relationships.

The work of Lucrecia Lionti consists of collages, paintings, embroidery, objects and installations that include research in the field, material experimentation and poetic construction. She plays with language, mingling words, forms, and different soft materials. She is interested in exploring the places where she finds herself at any given moment, documenting their economy, the available resources, the past and how that history is updated in the present. From there, she extracts material and textural cues with which she then composes her visual poems.

El Flasherito Diario is an expressionist, suddenly-appearing newspaper published on paper and online since 2013. It is made collectively by artists, sociologists and enthusiasts who practice criticism but also cultivate poetry and experimental narratives. Its creators share a mini-documentary about how the project is created and published.

Throughout July this very unusual year El Flasherito is publishing Issue Number 18 with the support of the Museo de Arte Moderno to ensure that its paper version reaches all of its readers.

Workshop by Abre Artes Expresivas and the team of Modern Education
The maps that we invite you to draw allow us to review our vital journeys, where we were and where we are going. That experiences we carry in our personal backpacks and what tools we win? In this workshop we will go through the possible paths we want to take in the future and we will think about how Memories and images intertwine with desire. 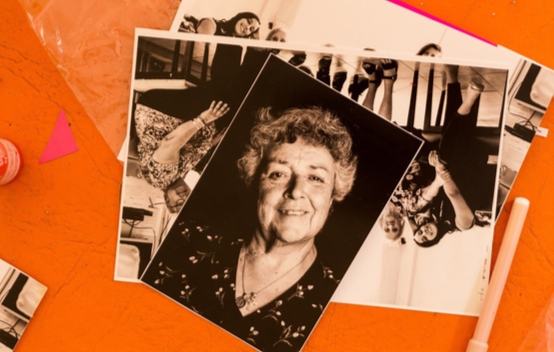 Tutorial to build a puppet friend 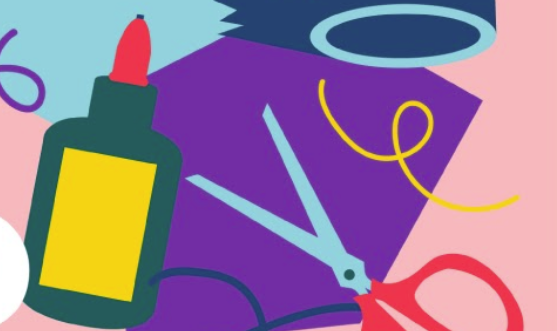 Recommendations for reading at home 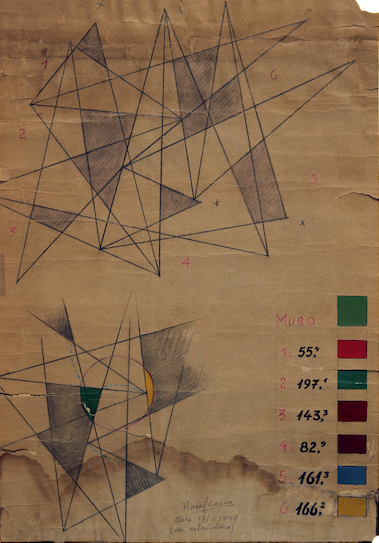 MODERN ON THE MOVE: ON THE WAY

Tutorial to assemble your light table 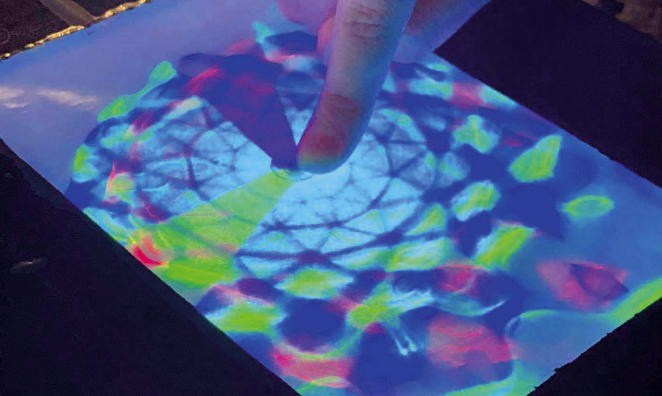