Writer, journalist, critic and translator, Marcelo Cohen is considered one of the best contemporary Argentine narrators. The Panoramic Delta, the fictional location where his stories are set, is a space where science fiction restrains from its maxims of technological utopia and instead dwells on the social forms that lead to a future of precariousness in Latin America. A fundamental exercise, indeed, to consider at a time when the abrupt change of the pandemic has left us facing an abyss of uncertainty that can block our imagination about what even the near future holds. To accompany the theme of #abyss (#abismo), we recommend reading his novel Balada, winner of the Best Book of Literary Creation award in 2011.

“This is a story of desire and sacrifice. And so, it begins.
Toc paf. Toc fff. Toc…

It is about ten o’clock at night. Someone approaches on a not very crowded street. There is a certain musical pattern in their footsteps.
Toc paf. Toc fff. Tac paf. Tac fff. Toc fff

Their steps are lively but uneven. A woman walks through the half-light of the street lamps. The ends of a silk scarf stick out from a pocket of her mauve-coloured coat. A bead of sweat hangs from the tip of her nose. She wears boots with a blunt heel, but has lost the one on the right. It seems that her hurry deterred her from looking for it; but the woman is mighty, even imposing, with her forced limp. Every time she shakes her brown hair, the gloom is ripped open. Toc paf. Toc fff. Faster.

This goes on for a few seconds.

We are in the courtyard next to the greasy spoon Deluxin. Sitting against the walls, in the open air between the crates of bottles, a motorcycle and a small car, eighteen 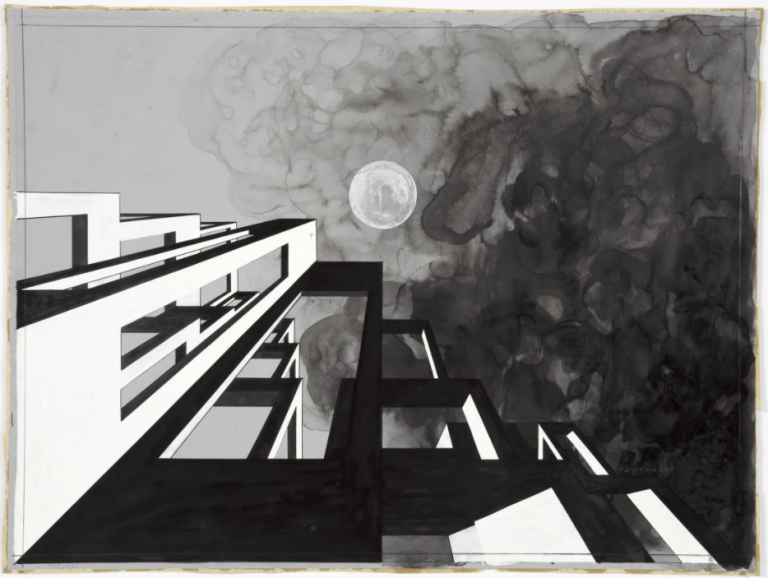 needy people are sheltering themselves in thermal blankets distributed by the municipality as protection against the weather; they look like food that has been packaged in a deficient vacuum. An expectation of entertainment rather than relief causes them to stare insistently at the booth in a corner of the courtyard. I know this because I am one of those who is waiting.

The timekeeper chimes from a nearby building, announcing that it is quarter past ten in the afternoon, and reporting the temperature is fifteen degrees. In the centre of the courtyard, wood chips burn in a sheet metal barrel. The flames are like a shorthand for the mental landscape.

From the side door of the greasy spoon, a cook goes out to distribute some plodlylene bags among the destitute of the courtyard. Each bag contains a reheated chicken wing or cubes of churrasquito, shredded vegetables and some bread.

Every night the compassionate patron of the Deluxin hands out the leftovers from dinner. It is only a little more effort than taking out the garbage, and he does good.

But that’s not the only reason these people are here. In the booth at the corner of the courtyard, a therapeutic counsellor is on duty. The name tag the man wears pinned to the lapel of his relatively clean coat says he is Ther. Counsel. Suano Botilecue, but the homeless call him Dr. Boti. The municipality pays him for these hours. Nowadays, only the poor consult these therapists of the soul; for example, the man who at this moment is currently occupying the patient’s chair inside the booth. He is in his fifties, and he is asking Dr. Boti how to rid himself of the feeling of guilt that condemns him to the repression of a despotic, dimwitted mother who is neither as helpless nor as poor as he is. Botilecue tries not to let his tiredness cloud the attention he wants to pay to the man. He is kept somewhat sharper by the cold of the night, which cannot be tempered by the small heater in the booth. And he is also helped a little by the hunger he feels; that hunger he tries to prevent from becoming chronic. He keeps his own bag of leftovers in a pack, together with the ration the municipality gives to the professionals.

A facial tic of distrust attacks the homeless all at once, as if they had seen a crossed eye in the sky. And indeed, what they see is an omen. A rather young woman has planted herself in the gap in the wall that serves as an entrance from the street to the courtyard.”